Home » Budget » Could Changes to UK Inheritance Tax Mean it is Time to Update Your Will?

A number of changes have been made to UK inheritance tax over the past few years, including some very significant announcements in the 2015 Budget, therefore, it is now very important for individuals to review their Wills and undertake revised estate planning.

From 2017/18 an additional inheritance tax (IHT) nil rate band of £100,000 (the Residence Nil Rate Band or RNRB) is available on death where a residence is passed on to a direct descendent (including adopted, step and foster children). The RNRB is tapered away for estates with a net value of more than £2m (before reliefs and exemptions). The RNRB will increase by £25,000 a year until it reaches the maximum amount of £175,000 in 2020/21.

Any unused RNRB can be transferred to a spouse in a similar way to the transfer of any unused main nil rate band. The RNRB will also be available when a person downsizes or ceases to own a home on or after 8 July 2015 and assets of an equivalent value up to the RNRB are passed on death to direct descendants. If the first spouse dies before 6 April 2017 (when the new RNRB comes into effect) there are provisions for a carried forward amount of RNRB to be transferred to the survivor.

New pension rules mean that the tax treatment of pensions on death has vastly improved in cases where benefits are first paid out after 6 April 2015. In some circumstances benefits can now be paid out without being subject to tax.

Previously, if someone died aged 75 or over without having spent all their pension funds, the remaining money was taxed at 55% (unless a spouse, civil partner or dependent child under 23 took an income from it). Only if the pension had never been touched could it be inherited tax free, and then only if the pension owner died before age 75.

Under the new rules, if an individual dies before age 75, a pension can pass to the beneficiaries completely free of tax regardless of whether it has previously been touched. There is no tax charge on death and no tax is payable by beneficiaries when they withdraw from the fund. If a person dies after age 75 the tax charge on death is reduced to 45% for lump sum payments made in 2015/16 and removed altogether where funds are left as a flexi-access fund to be drawn out later by beneficiaries.

Beneficiaries who do take income from the inherited pot will pay tax on it at their marginal rate of income tax. From 2016/17, the 45% charge on death is removed for lump sum payments.

Additionally, the pension pot can be passed on when the beneficiary dies without it being subject to tax; meaning it can pass down within a family with tax only being payable when funds are drawn out. 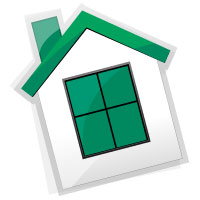 From April 2017, anybody resident in the UK for more than 15 of the past 20 tax years will be deemed UK domiciled for all tax purposes.

This replaces the 17 out of 20 years rule for IHT and may therefore mean that non-UK domiciled individuals fall into the UK IHT net sooner than previously expected.

Excluded Property Trusts – those set up offshore by a non-UK domiciled individual – were only subject to UK IHT to the extent that they owned UK ‘situs assets’ (i.e. property that for legal purposes is treated as being in the UK). The Finance Act 2017 will include provisions to ensure that UK residential property owned by an excluded property trust through an offshore company, partnership or other opaque vehicle will also be subject to UK IHT.

Before the changes to the ISA regulations, when an individual died, any savings held in an ISA automatically lost their tax-free status. The surviving spouse or civil partner would have to start paying tax on any returns or income earned from it.

For deaths on or after 3 December 2014, a surviving spouse or civil partner can inherit the ISA and retain its tax benefits. This is in the form of an ‘additional permitted subscription’; a one-off ISA allowance that is equal to the value of the ISA at the date of death. This allowance is added on to the survivor’s own ISA limit.

Following HMRC’s consultation on simplifying IHT for relevant property trusts, the draft legislation in the summer Finance Bill effectively ends the tax-efficient use of ‘pilot trusts’ in Will planning. Such pilot trusts involved a settlor creating multiple trusts on different days during their lifetime and then leaving each trust further funds on death. The result was that each trust benefited from having a full IHT nil rate band, for the purpose of future IHT ten year anniversary charges and exit charges, as they were set up on separate days and therefore not related for IHT purposes.

The draft legislation treats all trusts that receive additions of property on the same day as being related and so they effectively share a nil rate band when computing future exit or ten year anniversary charges. There are transitional provisions in place so that where an individual’s Will has been executed before 10 December 2014 (the date of the Autumn Statement) and they die before 6 April 2017 the new same day addition provisions will not apply when assets are transferred to pilot trusts under the provisions of the Will.

What is the impact of these changes?

The tax effect that these changes will have as assets are passed down the generations will clearly depend on the specific circumstances of an individual’s family. However, it is likely that many people could now benefit from the new RNRB and the relaxed pension and ISA inheritance rules by updating their Wills.

Non-UK domiciled individuals, and those whose current estate planning involves life interests and pilot trusts, should check that their arrangements remain tax-efficient for their families. 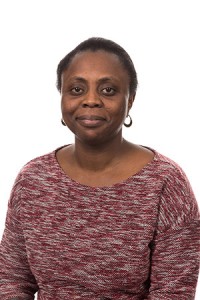 The changes described above highlight how important it is for individuals to regularly review their IHT planning and their Wills to ensure that they continue to meet their family needs in a tax-efficient way.

For further help and advice tailored to your specific situation contact Loveth Watson on 01733 305163 or email her at loveth@greenstones.co.uk

I am the tax manager at GreenStones and provide advise on all taxes including income tax, capital gains tax, corporation tax, inheritance tax, international tax and VAT.
View all posts by Loveth Watson →
Attention Contractors in the Construction Industry Scheme!
Accounts Made Easy 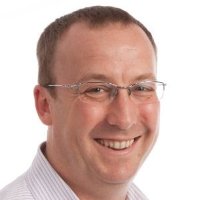 Click Here Now to See All
Our Accreditations & Awards